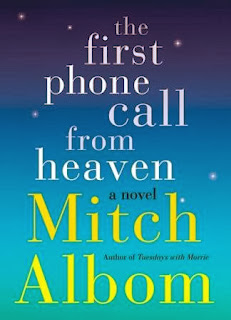 ABOUT THE BOOK -
One autumn day, in a small town on Lake Michigan, the phones begin ringing. The people calling are all deceased. They talk about heaven. They say they are safe and happy. Each call is greeted differently—some with relief, some with love, some with religious zeal, some with fear.

On that same day, Sully Harding is released from jail for a crime he may not have committed. During his time behind bars, his wife, Giselle, passed away, leaving him a single father filled with heartbreak and regret. He returns to his hometown hoping to rebuild his life. Instead, he finds a community increasingly gripped by miracle fever. As the mysterious phone calls become more frequent, outsiders begin flocking from all over the world to be part of the blessing, changing the small town indelibly, and turning local citizens into worshiped heroes.

When his own son begins to carry a toy cell phone awaiting word from his mother, Sully has had enough. He sets out to prove that the phenomenon is a hoax. But is it? Or could this be the world’s greatest miracle? Do the calls give people hope, or do they imprison the receivers to a never-ending cycle of grief? 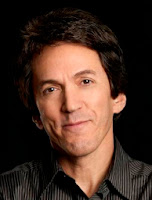 Mitch Albom is an author, playwright, and screenwriter who has written seven books, including the international bestseller Tuesdays with Morrie, the bestselling memoir of all time. His first novel, The Five People You Meet in Heaven, was an instant #1 New York Times bestseller, as were For One More Day, his second novel, and Have a Little Faith, his most recent work of nonfiction. All four books were made into acclaimed TV films. Albom also works as a columnist and a broadcaster and has founded seven charities in Detroit and Haiti, where he operates an orphanage/mission. He lives with his wife, Janine, in Michigan.

MY REVIEW -
I was glued to this book! I knew it was probably going to be good, but this was even better than I thought! It was riveting right from the very beginning.
Not only was the main story great but there was also a sub-plot going on as well, and this one was just as interesting. In the beginning of some of the chapters it told about Alexander Graham Bell and a little about his life. It was so interesting it made me want to find a Bio about him.
This is the kind of book that gives you chills. I was in tears several times, not because it was sad but because it just had that effect on me. It totally WOWed me!


"Alexander Bell met the love of his life, Mabel, when she came to him as a deaf teenaged student. She was ten years his junior, but Bell fell for her hard, and over the years, her encouragement spurred him on his work."

There were a lot of characters to keep track of and it was kind of hard at first but once I remembered who was who - the character development was great! Everyone had their own separate quirky personality with their own story to tell.

There was also a great ending! The suspense built and built throughout the story until I almost couldn't stand it anymore. I was really rooting for it to be a real miracle not a hoax (I won't tell you which it was), but I did like the way he ended the book.

Thank you TLC Book Tours for sending me this book to read and review!

Get you copy from Amazon - HERE
And from B&N - HERE