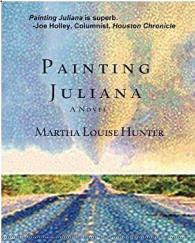 ABOUT THE BOOK -
Juliana Birdsong is your typical eight-year-old with an obsessive-compulsive mother who’s too paranoid to leave the house. Making double-lined, black-out drapes to protect their home from the outside world, her mother only looks up from her sewing machine when Perry Mason comes on TV—the type of successful lawyer Juliana should marry if she wants to get anywhere in life.
But Juliana has other things to worry about. Night after night, she’s awakened by a terrifying dream where she’s chased down a long, tapering highway on the back of her father’s motorcycle heading for an enormous, twisting funnel cloud that waits on the horizon. Even after locking it away inside her bedside drawer, little Juliana wonders if there are parts of the dream she hasn’t seen yet.
Years later, she finds dynamic trial lawyer, Oliver Morrissey and she marries him for love. Life is going reasonably well for the privileged socialite—that is, until she’s faced with losing everything, including her children.
Stepping out of her Lexus, Juliana peels off her Chanel sunglasses and glares up at her childhood home that’s now smothered in ivy. Inside, there’s only her estranged father left, who she’s sure caused her mother’s death. Moving in, she discovers a nude portrait of her with a curious set of tiny red footprints on the ankle, and another surprise she wasn’t expecting: Her father has Alzheimer’s and he needs her. Plus, a shipment of mysterious oil paintings arrives, all with his signature.
When Juliana puts a brush in his hand, it sets off a surreal time warp and the canvases begin to eerily transform, painting a different picture of the parents she thought she knew. As tragic secrets emerge that mirror her own, Juliana’s old demons come back to haunt her.
Consumed with his care and desperate for her old life back, the dream is still chasing her and it’s catching up fast. Just when she can’t run any faster, the funnel cloud is waiting on the horizon, twisting even faster than before.

Martha Louise Hunter has an English degree from the University of Texas. After writing magazine features, working in politics and owning homebuilding and interior design companies, she now has an estate jewelry collection, www.marthasjewelrycase.com
With four children between them, she and her husband, David live in Austin, Texas.
Painting Juliana was awarded finalist in the Writers League of Texas Mainstream Fiction Contest. This is her first novel.
For more information, please visit: www.marthalouisehunter.com

MY REVIEW -
WOW! It is hard to believe this is the author's first novel! This book had me on the edge of my seat. Talk about a roller-coaster ride. I went from loving Juliana and feeling sorry for her, to saying "Whaaat??? are you insane?!!" to saying "You go girl!!". I liked her, I was disappointed in her then I loved her! Lets just say Juliana comes a long way from the beginning of the book to the end. I am so glad this author did not disappoint me in the end. I think I would have thrown the book across the room. That's the kind of book this is... this book has passion - it makes you really feel for the characters. Oh my word! I hated her husband! Almost as much as I hated my ex! What a great job the author did on that character development.

I could really relate to this book so much. I also went through a rough divorce and custody battle, and my husband was also a total ... OK I won't go into that right now., but lets just say he had a lot in common with the husband in this book!

There were so many aspects to this book - her mother's fear of going outside, her fathers Alzheimer's, her divorce, and even her relationship with her gay brother! It may sound like its too much to chew, but its not. It was excellently done! Don't we all have a lot of crap going on in our lives?

The one person I ended up loving that I didn't expect was her lawyer! She had some really great advice.

Brava and two thumbs up for Martha Louise Hunter!
This is not a sweet easy read - if you are not afraid of feeling something... give it a try!
I can't wait to read more by this new author.

Thank you TLC Book Tours for sending me this book free for my honest review!

Get yours from Amazon - HERE
From B&N - HERE