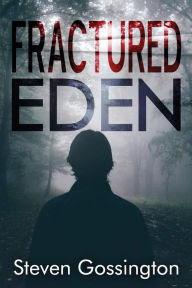 ABOUT THE BOOK -
When a doctor loses everything and is forced to start over, he finds himself in a strange town filled with addiction and mental illness. Now he must find a way to survive his dark and deadly patients … Dr. Aaron Rovsing, Family Practice Physician, is charged with incompetence and fired from his medical practice in Connecticut. After he flees and starts over in a town in East Texas, he discovers that things are not as they first appear, and soon Aaron must combat the deranged and addicted minds of the townspeople. But things take a deadly turn when he finds himself the next chosen victim of a serial killer who plans to add the doctor to his collection of skeletons. In this town of insanity and with a serial killer waiting to strike, how can Aaron manage to stay sane . . . and alive?

Steven Gossington is an emergency room physician with over 30 years of patient care experience. For 11 years, he was an academic professor in emergency medicine at the University of Oklahoma Health Sciences Center in Oklahoma City, and he published 20 book chapters and medical articles of original research. His enjoyment of mystery and suspense fiction and his love of writing led to his first novel Fractured Eden, a psychological suspense story in which he draws upon his extensive experience with mentally ill emergency room patients.
To learn more about Steven and his books, visit:

MY THOUGHTS -
I liked this book a lot. Talk about roller coaster ride. This book is like one of those that does a few loop-d-loops and leaves you hanging upside down for a while.

I liked the main character but didn't love him. He was one strange dude! He made himself unlovable. I've known people like him, they keep themselves distant and they are harder to get to know.

This was kind of a creepy story, but that's exactly what I liked about it. It had a paranormal hint to it. There was one big plot and lots of little sub-plots, that kept the book interesting.
There were lots of country music references and being a country music fan - I loved that! Anything to connect you to the story.
It was a little hard to keep track of all the characters but that is the only negative. - Great book!

I hope this author keeps writing - I would read another!

Don't Miss Your Chance to Win!