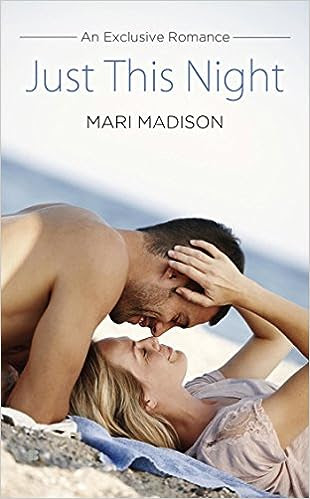 ABOUT THE BOOK -
First in a sexy series set in a TV newsroom—from a multi Emmy Award-winning TV producer.

At News 9 San Diego, the hottest stories happen off camera.

Betrayed and abandoned by his wife and left to raise their young daughter on his own, TV news photographer Jake "Mac" MacDonald has moved to San Diego for a fresh start. He’s sworn off women forever and devoted his life to his little girl. But when his brother-in-law drags him out to a night club, Mac can’t help but be drawn to the cute blonde who asks him to dance. Maybe he can make an exception...for just one night.

A hot fling is exactly what news reporter Elizabeth White had in mind when she brought Mac home. A quick cure to help her get over her ex-boyfriend. But things get awkward when her anonymous hookup turns out to be her newest colleague. Now they must put their attraction behind them and find a way to work together. But when someone starts sabotaging Beth’s career, she realizes Mac is the only one she can trust. And maybe their one night has the makings of an exclusive after all.

Mari Madison is a multiple Emmy Award-winning television news producer and author of novels for adults and teens. She's worked at television news stations in Boston, San Diego, and Orlando and helped launch the nationally syndicated morning show Better in New York City. Under the name Mari Mancusi, she writes young adult books, including the Blood Coven Vampire novels, the Scorched series, and Gamer Girl. She lives in Austin, Texas with her husband, young daughter and their two dogs.

MY THOUGHTS -
This was one HOT book! I really liked it! It was fun, sexy, romantic, edgy, and suspenseful! This was a page turner all the way through. I loved the fun story-line and was hooked right away. I never thought about it before, but I do like the news-room drama! I've watched quite a few movies like this and loved them!

Mari did a fantastic job with the character development! I loved Beth and Mac equally! You really get to know their personalities, by the end I was feeling like they were my friends. And I LOVED that Mac had a daughter - AWWWWW!
And... once again, one of my favorite features - The chapters took turns with the POV between Beth and Mac - love that! But then, you know I do!

*** - There are a few graphic sex scenes and some swearing.

Thank you Berkley Romances for sending me this book for my honest review!