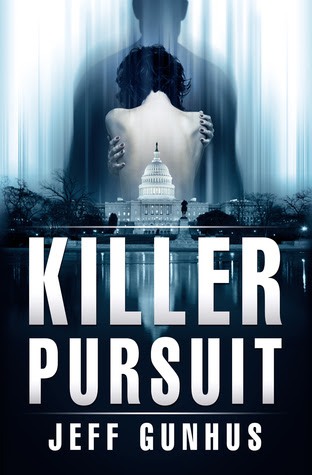 ABOUT THE BOOK -
When a secret webcam is found in the Georgetown bedroom of a murdered high-society call girl, everyone in Washington, DC wants the recording...especially the killer.

After a high-society call girl is brutally murdered in her Georgetown home, investigators find two cameras hidden in the walls of her bedroom. One has its memory erased, presumably by the murderer. The second is a webcam with an encrypted connection...and no-one knows who's on the other end. Whoever has the recordings has embarrassing leverage against some of the most powerful men in DC, not to mention a video of the murder showing the identity of the killer.

FBI Special Agent Allison McNeil is asked by beleaguered FBI Director Clarence Mason to run an off-the-record investigation of the murder because of the murder's similarity to a case she worked a year earlier. Allison knows the most direct path to apprehending the killer is to find the videos, but rumors that the victim's client list may include some of Washington's most powerful men makes her doubt the director's motives. As she starts her investigation, she quickly discovers that she's not the only one pursuing the recording...but that the most aggressive person racing against her might be the murderer himself. 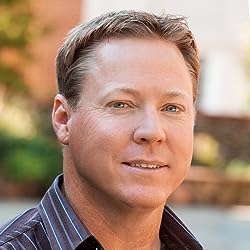 Jeff Gunhus is the author thriller and horror novels for adults and the middle grade/YA series, The Templar Chronicles. The first book, Jack Templar Monster Hunter, was written in an effort to get his reluctant reader eleven-year old son excited about reading. It worked and a new series was born. His books for adults have reached the Top 100 on Amazon and have been Foreword Reviews Book of the Year Finalists.

After his experience with his son, he is passionate about helping parents reach young reluctant readers and is active in child literacy issues. As a father of five, he leads an active lifestyle in Maryland with his wife Nicole by trying to constantly keep up with their kids. In rare moments of quiet, he can be found in the back of the City Dock Cafe in Annapolis working on his next novel.

MY THOUGHTS -
This was a  political thriller/mystery which is something I don't normally read. I chose to read this because I loved "The Torment of Rachel Ames" so much (see my review - HERE). While I didn't love this as much as Rachel Ames - I did still enjoy it! It was definitely a very good mystery that, at times, kept you on-the-edge-of-your-seat. It was a little slow for me in spots and there were a lot of characters to keep track of so I didn't get a feel for Allison's character as well as I would have liked.
* Also - this is book 2 and I didn't read book 1  :-(  so that may have had something to do with it. I did start liking Allison more and got into the story more during the second half of the book.

All that being said - This was still a very good, action packed suspense. It was certainly enough to keep me reading and wanting to know what was going to happen.
The author did an excellent job with all the graphic detail! I loved that! It was very easy to visualize everything. It had a great story-line that definitely kept you turning the pages.

If you are a real mystery fan, especially political ones - this would be a GREAT book for you!

Thanks to "Kate Tilton's Book Bloggers" for this e-book in exchange for my honest review!

Order yours from Amazon - HERE

While you are at it, pick up The Torment of Rachel Ames - HERE
Posted by Wall-to-wall books at 9:06 AM