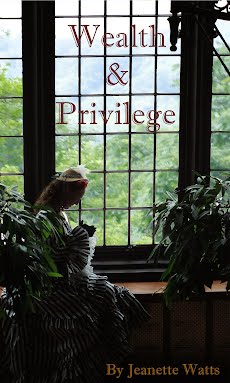 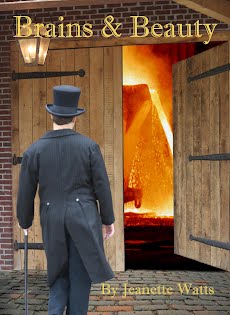 Boy meets girl, falls in love at first sight. Oops, she's already married. Bad planning. She becomes a friend and a muse, helps him find his voice. He knows that no one gets to capture their own muse, but he can dream, can't he...?

A soft rumble of thunder sounded in the distance, and they both groaned.
“Just what we need,” Thomas observed.  “More water.”
“Well, I suppose thunder doesn’t necessarily mean more rain,” Regina answered hopefully.
It was an odd sort of thunder.  It took Thomas a moment to realize why.  Then it occurred to him that it was continuous, and getting louder, instead of fading away.
A strange black fog began to drift through the air.  They froze, staring at each other, listening.  The rumble increased like – what?  It was a cross between an oncoming train, and – and – Thomas imagined this must be what an avalanche must sound like.
Then he knew what was going on.  The South Fork dam had broken!
Before he could share his insight, Regina’s face changed.  She stared up Clinton Street, mouth open, eyes wide with horror.  She pointed, incoherent noises issuing from her throat.  Thomas turned, and nearly fell off their precarious little raft.
The source of the crashing rumble was a towering wall of debris moving toward them.  A misty black cloud hung in the air, occasionally obscuring the horrific sight.  A writhing mass of tree roots, rooftops, planks, railroad pieces and other metal parts tumbled over and over upon itself.
The rumble had clarified into a roar of screaming and crashing as the rapidly approaching behemoth rolled toward them.   They couldn’t outrun it, either on or off their little craft.  Regina pointed to the nearest building.  The brick corners were coined, laid unevenly enough to make a decent ladder.  Thomas understood without a word.  They poled their way across the watery distance, desperation giving them strength and speed.
Regina looked at him as they grabbed the corner of the building.  “You go first,” she shouted over the noise.
Thomas didn’t understand why, but this was no time to stand around arguing etiquette.  He stood up on the raft, found a foothold and handhold, and clambered up the side of the building.  He slowed his ascent to look down at Regina.
Gritting her teeth in determination, she was making slow progress.  Looking up, she caught his eye as he waited, uncertainly, for her.  “Don’t wait for me!  Go!”  He could barely hear her over the roar.
Frustrated and helpless, he climbed up onto the roof, then lay on his stomach so that he could reach back down towards Regina.  She was making better time, but he feared the wall of debris would reach the roof before she would.  He scooted forward, upside down on the pitched roof, caught hold of her wrist, and managed to bodily yank her onto the roof beside him.
“Why did you have me go first?” he demanded angrily.
“No reason we should both die,” she answered.
The words were no sooner out of her mouth then Thomas was absolutely certain they were both going to die.  With a grinding, crunching, screaming moan, the wave hit the building.

Girl meets boy, falls in love at first sight. Kind of unfortunate for a married woman. He becomes her best friend, the only man in her life that she can really count on. She wishes there could be more to it. There can't be, but she can dream, can't she...?

There was grunting, and the sound of wood groaning, and then a wet thump as they lifted and threw something. Regina could tell that there was a little more room behind her shoulder blades. There was more grunting and dragging and thumping. Then she heard them both groan.
“What’s going on back there? Have I been cut off at the waist?” she asked. Not being able to see what was wrong, or the progress they were having, was making her anxious.
“The next layer is completely wedged in. We can’t do this without tools,” Isaac told her.
Both men hurried away from her, making her worry for their safety. She had also found their company reassuring. What if neither one of them was able to find her again?
That’s when she saw the flickering orange glow in the distance. “No.”
Yes. It didn’t seem possible – but in the midst of water floating below, and pouring from above, something had caught on fire.
Regina started listing in her head all the accelerants that might be contained in a single drygoods store: tar, pitch, turpentine, kerosene. How many homes used all of them? How many gas lines were ruptured all over the city? How many wood stoves were knocked into them? There was no way this heap would NOT be set on fire.
And here she was, stuck, in the middle of it. No doubt about it, she was about to die in the same town in which she was born. It was a shame, really. She had such high aspirations. 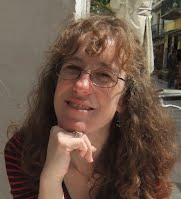 Jeanette Watts is a dance instructor and performer of many different kinds of dance, a costumer, a former television producer, and a big softie who can't learn to say no when people need help with their festivals. It makes it really difficult for her to get time to write.

a Rafflecopter giveaway
Posted by Wall-to-wall books at 7:00 AM