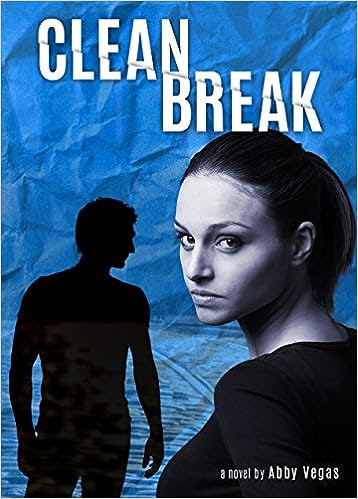 ABOUT THE BOOK -
Lane Haviland can’t seem to catch a break. She’s dead broke, barely functioning as an adult, and completely alone in New York City. Her so-called “apartment” is a six-by-nine cell in a Brooklyn basement. And her new boss hasn’t ever met a personal or professional boundary she can’t bulldoze through.

Still, Lane’s determined to at least attempt to claw her way back to respectability. But she can’t seem to get her mysterious handyman, Viktor, out of her apartment – or her headspace. Maybe that’s a good thing: Viktor’s easy on the eyes, and that deep-voiced Russian accent is beyond sexy. But as he and Lane grow closer, he can no longer hide his connections with a dangerous criminal underworld – where secrets can be deadly. 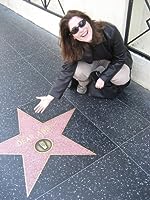 Clean Break is Abby's first novel.
Visit her on the web at AbbyVegasAuthor.com.

MY THOUGHTS -
Once in a while you run across a book and you just really connect to it. You feel like it was written just for you. Like the author knew exactly the kind of book you loved and hit it spot-on. This was one of those books for me. This was like a Chick-lit/Romance/Suspense all my favorites wrapped up in one book!

The descriptions were amazing. I loved the way she described the tiny apartment - I really felt like I was there - I could picture everything. My daughter's first apt. was like that. Where the kitchen, liv. and sleeping area were all the same room and it was about the same size as the bathroom LOL.

Right from the very beginning I felt connected to the characters. I loved Lane immediately. I loved her tough but guarded personality all snark and sass. But I also felt for her - I wanted to know what her story was. She was the "dark horse" unlikely heroine in this story. She had just enough guts, craziness and bravery to pull it off.

Viktor! You can't read this book and say his name without the exclamation point. I don't know how you can read a name on a page and just know he's sexy. But that's just what the author did. Viktor! LOL was the sexy, quiet, bad boy biker type (without the bike). I just knew right from the first time he walked into Lane's apartment that he was a shady character but still.... I fell in love with him! I knew there was more to him then he was letting on.
I know the author said she was picturing Richard Armitage - But I was picturing Goran Visnjic (they're both a lot alike! Don't you think?)

And lastly, Lane's boss Cynthia, what a train wreck she was! In yesterday's post I said I would explain more about her. At first I thought "What a horrible person! I could never work for a person like that (and I am a nanny! and Lane was a PT nanny)". But I slowly began to understand Cynthia. All of her insecurities, struggles with her weight, fights with her trainer and food coach, feeling neglected by her husband, made her a very complicated and very misunderstood woman. I really started to connect with her and feel sorry for her. I have been in a weight loss program and lost 27 lbs since Sept. and have gone from a size 12 to a size 8! So I do know what she felt like to try so hard and sometimes fail. So I started out hating her and ended up loving her.

This is the kind of romance (yes, I said romance! of course there was romance!) book I love. There was no explicit sex, and yet I got goosebumps - I love when an author can do that! There was sex, just not in graphic detail - you didn't need any - she left it up to you (and I have enough imagination!) that made it so much more romantic and sexy!

You can't talk about this book without mentioning suspense. You creep out closer and closer to the edge of your seat as Lane goes deeper into the world of the Russian mob.

A few of my favorite quotes -


"I thought you were more of a Dunkin Donuts kind of guy. What's this sudden defection to Starbucks?"
"Very perceptive." He took another drink of coffee. "I'm actually a consistent fan of both establishments. As an officer of the law, I wouldn't want to be seen as playing favorites."

A text popped up from Cynthia:
OMG there is PEANUT BUTTER in the pantry!!!!!!
Dear God. Throw it away, I texted back. Stay strong.
TOO LATE!!! LOL
A moment later, she texted me a series of pig emojis along with a photo attachment: a jar of peanut butter with a tablespoon stuck in it.  ~ been there, done that!

"Will you have coffee with me tomorrow?"
"Uh, what? Finally Detective Jarrett was speachless.
"Coffee," I repeated. "An elixir made from magical beans. It prevents more frequent workplace homicides."   ~ definitely can relate!


Thank you Abby Vegas for sending me an e-book copy for my honest review! Can't wait to read your next book. I'm hooked for life!

Order your copy from Amazon - HERE
Posted by Wall-to-wall books at 6:38 AM