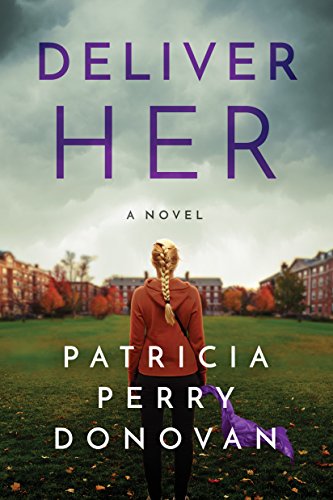 ABOUT THE BOOK -
On the night of Alex Carmody’s sixteenth birthday, she and her best friend, Cass, are victims of a terrible car accident. Alex survives; Cass doesn’t. Consumed by grief, Alex starts cutting school and partying, growing increasingly detached. The future she’d planned with her friend is now meaningless to her.

Meg Carmody is heartbroken for her daughter, even as she’s desperate to get Alex’s life back on track. The Birches, a boarding school in New Hampshire, promises to do just that, yet Alex refuses to go. But when Meg finds a bag of pills hidden in the house, she makes a fateful call to a transporter whose company specializes in shuttling troubled teens to places like The Birches, under strict supervision. Meg knows Alex will feel betrayed—as will her estranged husband, who knows nothing of Meg’s plans for their daughter.

When the transport goes wrong—and Alex goes missing—Meg must face the consequences of her decision and her deception. But the hunt for Alex reveals that Meg is not the only one keeping secrets. 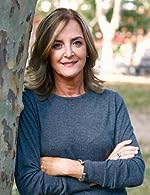 Patricia Perry Donovan is a journalist who writes about health care. Her fiction has appeared in Gravel Literary, Flash Fiction Magazine, Bethlehem Writers Roundtable, and other literary journals. The mother of two grown daughters, Patricia lives at the Jersey Shore with her husband.


MY THOUGHTS -
I had mixed feeling about this book at first - but I ended up loving it. It started out with a bang, but then got a little slow for me for a while. After the slowness, which ended up lasting only a handful of pages, I read about a third of the book in one sitting, and finished the rest in another sitting! There was one section in the middle where a lot of new characters were introduced and it got kinda tough remembering who was who. I just kinda gave up and read - and it was fine! So that's what I would suggest - don't worry about all the new people - just read!

I did not like Carl at first, and was not invested in his character at all. But then he started growing on me and I ended up loving him. I didn't really care for the mom (Meg) or the dad (Jacob), I just didn't like their personalities. I wouldn't have parented like they did. I did, however, love Alex. Alex was a real teenager. The author got her teen personality spot on!

My own daughter was such a "good girl" I never had to worry about a thing. She never tried drugs, didn't drink or smoke, never even thought about skipping school. But I was actually very much like Alex growing up! I skipped school all the time, and experimented with a lot of the same things that Alex did, and worse! So I know exactly what Alex was feeling and thinking but I don't know what it is like to parent a child like that.

I loved all the twists and turns in here. Nothing is what it seems. I also liked that most of the story's theme was based around a band and their songs. I have read a few books like this and love the idea!
This book seemed very real to me, authentic. I would especially recommend this for parents of teenagers! If you have a "good girl" like I do, you will feel lucky - like you won the lottery!

I voluntarily posted this review after receiving this book from TLC book tours. Thank you!

GIVEAWAY!
I am giving away one paperback copy of the book (US and Canada only please!)
a Rafflecopter giveaway
Posted by Wall-to-wall books at 10:03 AM