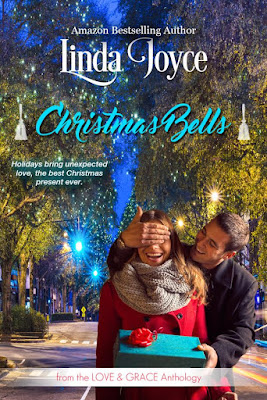 ABOUT THE BOOK -
After grieving the loss of her husband and son, TV host Morgan Marshall is ready to embrace life again. But she won’t risk a relationship with the father of her favorite cooking student, Avery, since the girl’s happiness is more important than her own.


Advertising executive Alex Blake never thought another woman could pique his interest after losing his wife to pneumonia, a complication of her cancer. Yet every time he’s in Morgan’s presence, she brings sunlight into the room. Plus, she’s a role model for his daughter, always assuring Avery that dyslexia can’t hold her back. But if he asks Morgan for a date and then she refuses a second one, the person he loves the most, Avery, could get hurt the worst because she adores Morgan.

When Alex is injured in a fall, Morgan insists on caring for him and Avery. As they share holiday fun, Avery topples Morgan’s beloved crystal bell collection, shattering it to pieces. Through it all, they discover love of one another is more priceless than any object money can buy. Love rings in the air at Christmastime.

ABOUT THE AUTHOR -
Linda Joyce is an Amazon Best Selling author and 4-time RONE Award Finalist who writes about assertive females and the men who can’t resist them. She has three series: Fleur de Lis, Fleur de Lis Brides, and the Sunflower series. She’s penned two novellas, Behind the Mask and Christmas Bells, which will be released in December.
Linda’s a big fan of jazz and blues. She attributes her love of those musical genres to her southern roots, which run deep in Louisiana. If you walk-through several New Orleans cemeteries you’ll find many of her people buried there. She’s lived coast to coast curtesy of her father’s Air Force career. She penned her first manuscript while living in Japan, the country where her mother was born and raised. Now she lives in Atlanta, Georgia with her husband and General Beauregard, their four-legged boy.

Alex turned when someone from behind tapped his shoulder. “Yes?”
“You two are the cutest couple. So you have a daughter in the program tonight?” a silver-haired lady, draped in strands of pearls, asked. “I’ll bet she’s beautiful, looking at the two of you.”
“We—” Morgan began.
“Thank you.” Alex interrupted, cutting her off. “Avery Blake is her name. She has a solo. It’s listed in the program.” He smiled brightly at the lady and then turned his gaze back to Morgan. She appeared surprised but didn’t contradict him.
He figured the lady didn’t need to know the intimate details of their life. It was enough that she considered them a couple. If others could see it, would it be possible for Morgan to see it, too? It wasn’t until that moment he understood how much he truly missed being a family of three and having a wife, after being forced to let go of the woman he loved. It proved tougher than he imagined. Now eighteen months later, he looked forward to a new chapter of his life. Maybe one with Morgan Marshall playing a major role.


Doesn't this book look and sound adorable!!??? I love the cover! Every time I look at it I smile.
I do hope I get to read and review it in Dec. It is exactly the kind of book I love!

I have one copy to give away!
So enter here -