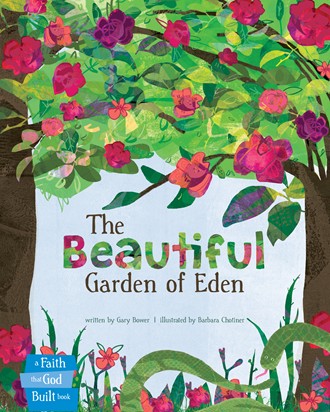 ABOUT THE BOOK -
The Faith that God Built series by Gary Bower uses the same whimsical style of storytelling as The House that Jack Built, using rhyme to introduce preschoolers through second graders to favorite Bible stories. Gary has a well-developed talent for creating engaging narratives that also teach biblical truths through rhyme.

The Beautiful Garden of Eden tells the story of Adam and Eve’s disobedience, allowing sin to ruin what was perfect and beautiful.

ABOUT THE AUTHOR & ILLUSTRATOR -
Gary Bower is an award-winning author, speaker, and ordained minister. His many years of experience pastoring small children, tweens, teens, and adults have helped him develop a rare ability to touch hearts of a wide age range simultaneously. He is author of 16 books, including Perfect Christmas. His books have received high praise from Gary Smalley, Randy Alcorn, Chuck Bentley of Crown Financial Ministries, and the Duggar family. Gary speaks all over the Eastern United States at homeschool conventions, churches, and MOPS groups. He loves to read to his children and grandchildren.

Barbara Chotiner is an artist, designer, mom, and coffee lover, who lives, works, and creates in a pretty little suburb just outside Philadelphia, PA. Previously she has lived in New York City (her first love) as well as Boston.
She has BFA in Communications Design from Syracuse University and an MFA in Book Arts and Printmaking from the University of the Arts. She has worked with numerous design firms & ad agencies (both small & large) and was an in house designer at Jim Henson Productions. In 2001, Barb founded “bz designstuff,” a freelance art & design studio. In 2009, she began working with Tiny Prints where she sells her holiday card and invitation designs under the name “Umbrella.” In 2014, Barbara began to license her artwork to companies (to place on products) and can now be found at places such as Oopsy Daisy, Studio-M and DENY Designs.

MY THOUGHTS -
Oh my gosh - I love this book!
What fun! This is going to be one of those books that the children will want to hear read over and over and over. I've already read it twice myself.

Wonderful rhyming story that stays true to the Bible. And beautiful colored pictures to go along.
I remember "The House That Jack Built"! It was one of my favorite books. Its that fun repetitiveness that kids love. I have a feeling this is going to be one of my grandchildren's favorite stories 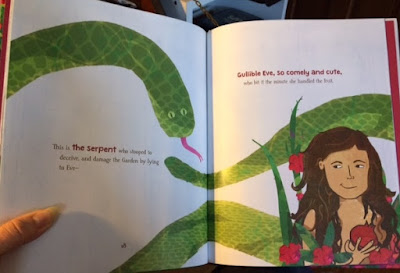 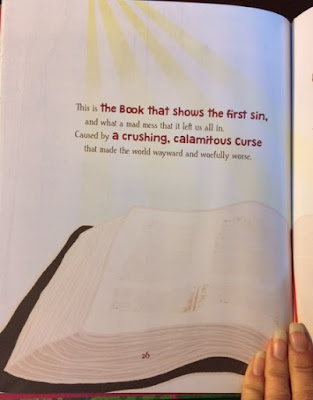 And my favorite page, the last one - it shows where you can find it in the Bible and... that all is not lost! 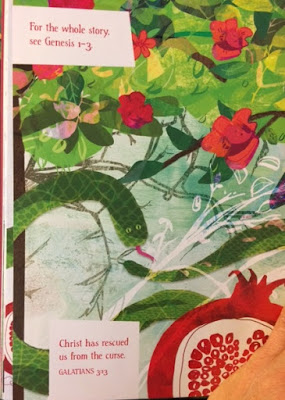 I voluntarily posted this review after receiving a copy of this book from Tyndale -  Thank you!