Under The Influence - Wanda B. Campbell (Promo popst) 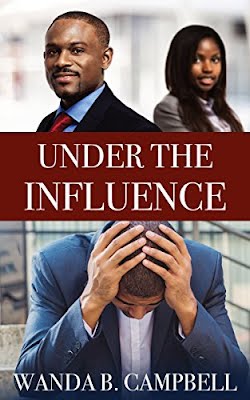 Alexander Bennett has always lived a privileged lifestyle, despite the challenges of being biracial and reared by a single parent in an urban city. With his mother’s unwavering love and devotion guiding him, Alex excels, and is on a fast track to financial success when he meets the beautiful, intelligent, and independent, Tamara Jackson.

In his quest for love and success, Alex makes an unlikely enemy–someone he loves and holds dear to his heart. Insecurity and denial prevent Alex from accepting the one-sided relationship for what it is, and places him in danger of losing unconditional love and acceptance from the one who holds his heart. Lies unravel, and hidden secrets are revealed, as Alex tries to balance truth with fantasy.

Will the lies and manipulation end before Alex loses everything, including his mind? Wanda B. Campbell is the author of ten award-winning Christian Fiction novels. She currently resides in the San Francisco Bay Area with her family. Along with writing, Wanda enjoys mentoring youth and traveling.