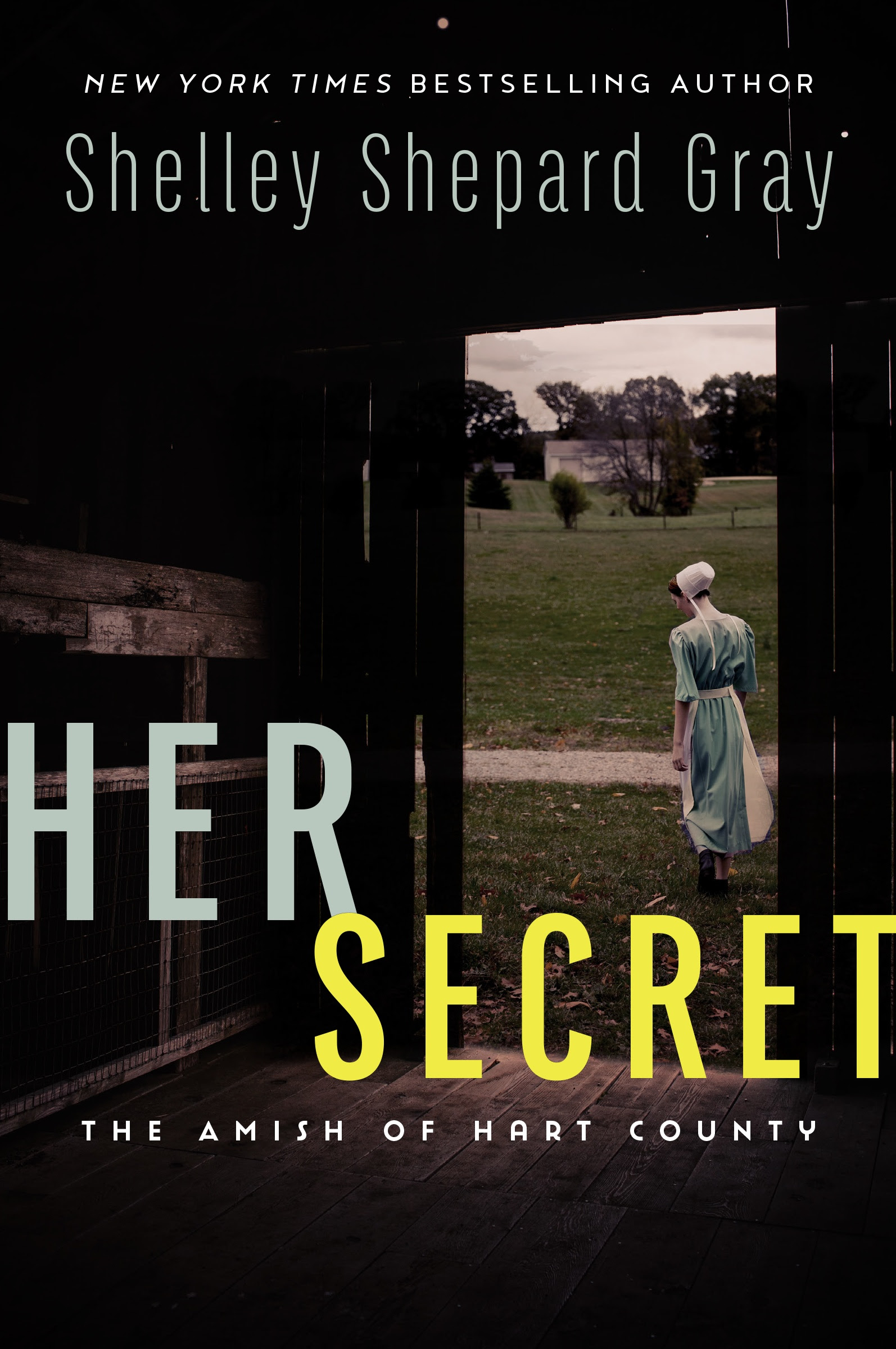 After a stalker went too far, Hannah Hilty and her family had no choice but to leave the bustling Amish community where she grew up. Now she’s getting a fresh start in Hart County, Kentucky…if only she wasn’t too scared to take it. Hannah has become afraid to trust anyone—even Isaac, the friendly Amish man who lives next door. She wonders if she'll ever return to the trusting, easy-going woman she once was.

For Isaac Troyer, the beautiful girl he teasingly called “The Recluse” confuses him like no other. When he learns of her past, he knows he's misjudged her. However, he also understands the importance of being grateful for God’s gifts, and wonders if they will ever have anything in common. But as Hannah and Isaac slowly grow closer, they realize that there’s always more to someone than meets the eye.

Just as Hannah is finally settling into her new life, and perhaps finding a new love, more secrets are revealed and tragedy strikes. Now Hannah must decide if she should run again or dare to fight for the future she has found in Hart County. Shelley Shepard Gray is a New York Times and USA Today bestselling author, a finalist for the American Christian Fiction Writers prestigious Carol Award, and a two-time HOLT Medallion winner. She lives in southern Ohio, where she writes full-time, bakes too much, and can often be found walking her dachshunds on her town’s bike trail.

~~~~~~~~~~~~~~~~~~~~~~~~~
I am such a huge fan of Shelley's books! I have read several (Her Secret was my 7th!).
What I love about her writing is that she doesn't paint a flowery picture perfect world. She writes about real life. Even in an Amish family - there can be abuse, teen pregnancy, and tragedies. They are real people just like everyone else, and I love that she doesn't hold back!

I asked her is she could please write a guest post about how she came to choosing this style of writing, this edgy, current, no holds barred style - Because it is very different from other Amish fiction writers.

From Shelley -
Dear Wendy, thank you so much for your kind words! They really mean a lot.

Years ago, back when I first made the decision to write novels that feature Amish characters, I was pretty leery. Back then, I had only heard of three authors in the genre: Wanda Brunstetter, Beverly Lewis, and Cindy Woodsmall. I read several of their books and was in awe of their talent. The pages were filled with such vivid descriptions that I felt like I was stepping into real Amish homes.

When I started, I didn’t know a whole lot about the Amish, beyond the fact that I liked to visit the Amish community near my house. I realized that I needed to write a different kind of story since I was never going to be as good at what those other authors did well. Since I wasn’t even sure if editors or readers would like something really different, I decided to simply write a book that I wanted to write.    I had always been a fan of exciting novels with complex characters who were very perfect. With that in mind, I wrote HIDDEN.

HIDDEN featured an English heroine named Anna who was on the run, an Amish hero who didn’t trust her, parents who had made mistakes, and a creepy, influential boyfriend who was trying to find her. I loved writing it!

That said, I didn’t have a lot of high hopes for it. It wasn’t sweet, there weren’t lots of intricate details about life in an Amish farmhouse. But what I did concentrate on was how I would feel if I had been forced to go into hiding in an Amish bed and breakfast. I’m not a particularly chatty person, and my writing isn’t either. Instead of trying to sound different, I decided to keep the chapters short and the action fast-paced.

It turned out that a lot of people liked the book, too. I think I wrote the right book at the right time. It resonated with people because it was different. Just as importantly, my editor was enthusiastic about it and gave me permission to write more books that featured characters in the middle of very difficult situations.

Eventually, I made quite a few Amish friends, and I’ve been so grateful for their support. Years ago, after I had written Autumn’s Promise, I asked if they had any advice for me. They all said to keep writing books about ‘real’ people. Real Amish people.  So with their blessing, I’ve continued to write the books that I like to read. Stories about faith and friendship and romance, all in the midst of characters facing some really difficult situations.

I’ve written about domestic violence, child abuse, infertility, loss, grief, cancer, addiction, well, you name it! Sometimes the research has been pretty hard.  Some books, like The Caregiver, which dealt with both a young woman battling cancer and her best friend who was recovering from domestic violence took a lot out of me, but in the end I was really proud of it.

Writing novels that focus on such difficult topics has strengthened my faith. When I do hear from readers who felt the books were worth their time, it makes me feel really happy…and excited to start on the next book.

This is a rafflecopter giveaway hosted by Partners in Crime Virtual Book Tours for Wendy Corsi Staub and William Morrow. There will be 2 winners of one $25 Amazon.com Gift Card. The giveaway begins on April 15th and runs through May 2nd, 2017. This giveaway is for US residents only. Void where prohibited by law.