Do you love sweet romance novels that make you laugh? Then you'll want to check out Stacy Juba's brand new chick lit novel, Prancing Around With Sleeping Beauty, the second book in the Storybook Valley series. The book was released March 5, and while it's a follow-up to the popular Fooling Around With Cinderella, both novels can also be read as stand-alones. Come discover Storybook Valley, a fictional theme park in the Catskills of New York. If you love small town romance with humorous characters, theme parks, fairy tale fun, and amazing love stories, then Storybook Valley will be your new favorite series. 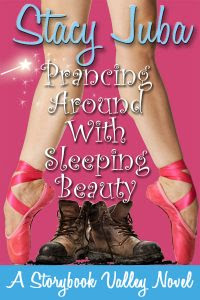 ABOUT THE BOOK -
This Sleeping Beauty isn’t sure she wants to wake up…
Dance instructor Rory Callahan likes to play it safe. When she meets Kyle, he’s impulsive, persistent, and her exact opposite. He’s pushing her to tango way past her comfort zone and keeping Rory on her toes more than twenty years of dance teachers ever had.
Unfortunately, he’s the grandson of her family’s archrival and she doesn’t want to disappoint them. After all, her parents imagine her as a proper princess - hence her namesake Aurora, AKA Sleeping Beauty. Complicating matters, Rory’s also dealing with a surgeon boyfriend who’s perfect for her (sort of), an obnoxious boss, and desperate dance moms. Kyle wants to change her whole life, but Rory doesn’t like the stakes. After all, princesses are the ones who get the happy endings. . .aren’t they?

ABOUT THE AUTHOR -
Stacy Juba got engaged at Epcot Theme Park and spent part of her honeymoon at Disneyland Paris, where she ate a burger, went on fast rides, and threw up on the train ride to the hotel. In addition to working on her new Storybook Valley chick lit/sweet romance series, set at a theme park, Stacy has written books about ice hockey, teen psychics, U.S. flag etiquette for kids, and determined women sleuths. Get your FREE Storybook Valley Welcome Kit on her website. Stacy is always happy to hear from readers. Feel free to say hello on the following sites:

MY THOUGHTS -
Super cute story!  I love that this series is set in a theme park - how fun! And Rory being a dance teacher - My daughter took ballet for years and this brought back some real nice memories. Every time the book talked about the kids and dance class I got pictures in my head of my daughter's class. Those are some great memories. I love when a book can do that to you.

Kyle - what a cutie!I loved the way this determined guy just kept popping up! I loved all the sweet fairytale names and references and the princess classes LOL. All wonderful additions for this story! A very nice little romance! I liked how she made it a little Romeo and Juliet with the feuding families - fit in perfectly with the fairytale-ish theme. Talk of sex but nothing graphic - thank you ;-) 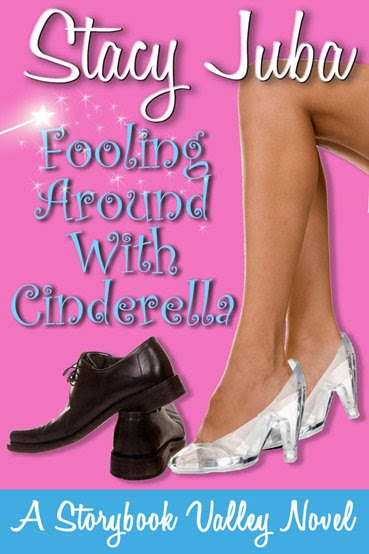 Ever wondered what those cheerful theme park princesses are really thinking? When twenty-five-year-old Jaine Andersen proposes a new marketing role to the local amusement park, general manager Dylan Callahan charms her into filling Cinderella’s glass slippers for the summer. Her reign transforms Jaine’s ordinary life into chaos that would bewilder a fairy godmother. Secretly dating her bad boy boss, running wedding errands for her ungrateful sisters, and defending herself from the park’s resident villain means Jaine needs lots more than a comfy pair of shoes to restore order in her kingdom...


Check out my review for this sweet book - HERE