The Girl In The Tunnel - Deirdre Palmer 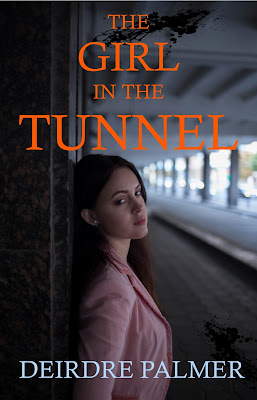 London. A January night. Commuters surge into the Underground. Ellen Randall recognises a man standing close to the platform edge: Matt Leyton, her sister Rosanna’s married lover. The man who’s playing a game as old as time. A red-hot flash of uncontrollable anger propels Ellen to his side. The train approaches. Seconds later, Matt has gone.

Carl Teviot is convinced Ellen isn’t a killer, even though he’s only just met her – or rather, found her, huddled in a sleeping bag in an abandoned Tube station: a ghost station. He can’t leave her there, alone, and in danger.

But rescuing her from the tunnel is only the beginning… 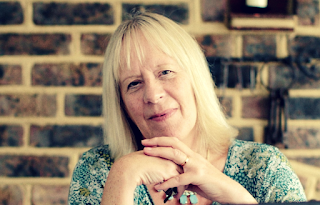 Deirdre lives in Brighton, on the south coast of England. She writes women’s and psychological fiction under her own name, and as Zara Thorne. Becoming an author was a childhood dream, although she didn’t have much of a clue as to what it meant. But fast forward several years – okay, many years – and the dream showed signs of becoming reality. She entered the Mail on Sunday Novel Competition, twice, and came fourth, twice. So there was the incentive to complete her first novel, Remarkable Things, which was published by Crooked Cat and shortlisted for the Romantic Novelists’ Association Joan Hessayon Award. The Girl in the Tunnel is Deirdre’s 14th book.

I liked this book, I really did. For me it was a very character driven story, and I liked all the characters. I read the first half in one day and the last half the next day. But.. what kept me reading was the suspense. I had to keep reading to find out what happened. I had to know what all these big secrets were. I felt like something was being held back until the very end. I just knew it was going to be something big.

But I was let down. Sadly I had more questions than answers at the end. I was left feeling unsatisfied.

I still say that I liked the story - but for what it was. It was a strange, unique, story with very quirky characters. I did not like it as a mystery or suspense, because to me it felt unfinished.

I voluntarily posted this review after receiving a copy of this book from Rachel's Random Resources -  Thank You!!