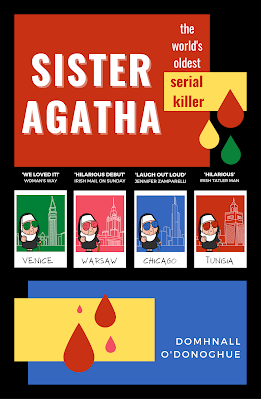 Sister Agatha is 118 years of age, whose vim and vigour would put the most robust athletes to shame. However, during a routine check-up, her doctor claims that she has just a week to live - inconvenient, seeing as the beloved sister once made an improbable vow: to be the oldest person in the world. At last count, she was the fifth.

Never one to admit defeat, Sister Agatha concocts a bold Plan B. Using her final days, she intends on travelling the world to meet the only four people whose birthday cakes boast more candles than hers.

And then, one by one, she will kill them. 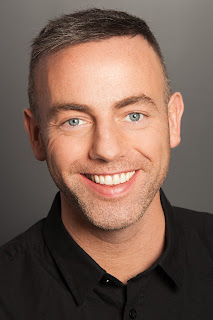 Hailing from Navan in the royal county of Meath, Domhnall is a graduate of the Bachelor in Acting Studies Programme, Trinity College Dublin, later completing a Master's in Screenwriting at Dún Laoghaire IADT.

He now works as an actor and a journalist, dividing his time between Galway, where he films TG4’s award-winning series, Ros na Rún, Dublin and Venice, where he and his Italian lover continuously promise their well-worn livers that they will refrain from quaffing so much Prosecco. (Unfortunately, it seems some vows, just like nearby Rome, were not built in a day.)

Wine-drinking aside, for more than four years, Domhnall has also enjoyed the responsibility of being Assistant Editor at Irish Tatler Man, a title whose various awards includes Consumer Magazine of the Year. Thanks to this role, he interviewed a host of high-profile names such as Tommy Hilfiger, Chris Pine, Kevin Spacey, David Gandy, and Jacques Villeneuve.

Domhnall has written for the majority of Ireland’s leading newspapers and magazines, including the Irish Independent, The Irish Times and RTE. He also writes a monthly column in Woman’s Way, the country’s biggest-selling weekly magazine.

His first novel, Sister Agatha: the World’s Oldest Serial Killer, was released in 2016 to critical acclaim (Tirgearr Publishing). His second and third books, Colin and the Concubine and Crazy for You were published by Mercier Press, Ireland's oldest publishing house.

I love books that dare to be different or quirky and this one fit the bill! This was dark humor at its best. If you like that kind of thing then you will love this book.

This had a great cast of characters. I couldn't wait to see who and what personality would pop up next. I fell in love with Sister Agatha, even though she was at times unlikeable and... odd - I loved her!! In a way she kind of reminded me of Betty White!

Someone else said it was addictive. That's exactly what it was! Addictive! Once I started I couldn't put it down.

The author's writing style was a little different than I was used to, but once I got into the story it didn't really bother me anymore and it started flowing.

I recommend this if you are tired of the same ol' same ol' and want something different, just for fun.  :-)

I voluntarily posted this review after receiving a copy of this book from Rachel's Random Resources -  Thank You!!