Cora James, a 35-year-old Black librarian in Harlem, dreams of being a writer. Torn between her secret passion and the duties of a working wife and mother in 1928, Cora strikes up correspondence with renowned poet Langston Hughes, who encourages her to pursue her dream. Duty frustrates Cora again, this time when she's called upon to fill in for her cousin Agnes while she recovers from a brutal beating by her husband Bud.

Working as a cook for a white woman, Cora discovers both time to write and an unlikely ally in Mrs. Eleanor Fitzgerald, who becomes friend, confidante, and patron, encouraging Cora to rise above what's commonly thought of as "a woman's lot." Yet, through a series of startling developments in her dealings with the white family, Cora's journey to becoming a writer takes her to the brink of losing everything, including her life.

In the Fitzgerald home, Cora discovers she has time to write and brings her notebook to work. When she comforts Mrs. Fitzgerald after an argument with Mr. Fitzgerald, a friendship forms. Mrs. Fitzgerald insists Cora call her Eleanor and gives her The Awakening by Kate Chopin to read. Cora is inspired by the conversation to write a story and sends it to Langston. Eventually she begins to question her life and marriage and starts to write another story about a woman's sense of self. Through a series of letters, and startling developments in her dealings with the white family, Cora's journey to becoming a writer takes her to the brink of losing everything, including her life. 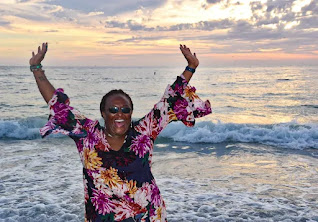 For over a decade, I worked as an English professor at North Central College in Naperville, Illinois, and as adjunct professor at various other universities and community colleges outside of Chicago. I also facilitated writing workshops for high school students, women in women’s shelters and seniors.

My work as a writer and editor combines my love for the written word with my life’s mission of empowering and encouraging women. In 2012, I founded Minerva Rising, an independent women’s literary press, to create a space for ordinary women to tell their extraordinary stories. I continue to serve as the publisher and executive editor.

My writing has appeared in several publications including Linden Avenue Literary Journal, Anthology Askew, Black Lives Have Always Mattered Anthology, The Feminine Collective, and the Chicago Tribune. My novel, Cora’s Kitchen, will be out in the Fall of 2022 with Inanna Publications. It was a finalist in the 2016 Louise Meriwether First Book Prize as well as the 2018 William Faulkner – William Wisdom Creative Writing Competition. When I’m not writing, I love taking pictures, painting and drawing. I have three adult children and currently live in Tampa, Florida, with my husband and pampered Shih Tzu.

Such a fantastic book! It was sad on so many levels! Sad because it is so true. And not only back then in the 1920s but it is even true for many today.

“It isn’t right to hit a woman. You can’t be neutral. Either you’re for women or you’re not.“

“ They get mad and there is nothing we can do about it. A man does whatever he wants to his wife. No one gives a damn.“

When I finished reading this book I took a long sip of my coffee, a few deep breaths, and just had to sit for a few minutes and recover.

“Over the years I have seen too many women, colored and white, mistreated and constrained simply because they are women. And while I understand colored women don’t have the same voice as white women, I can’t turn my back on any woman. I believe all women must stand together if any woman wants to get ahead.” ~ Amen to that!

This book kept bringing another book to mind - A Room of One's Own by Virginia Woolf. This book reminded me how much I loved that one and that I need to reread it! (note to self)

Even though I am white, I am a woman, and a victim of abuse from a previous relationship. This book hit home and shook me in so many ways! Reading this brought up so many emotions in me. Ten minutes after reading it, my hands were still shaking. I think this book just knocked my favorite book of the year off its podium. A MUST READ!

I voluntarily posted this review after receiving a copy of this book from - TLC Book Tours. Thank you! 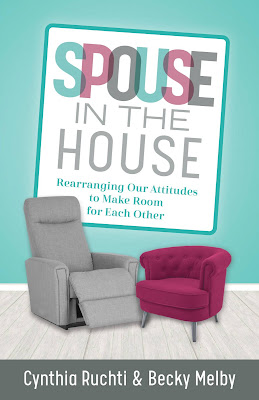 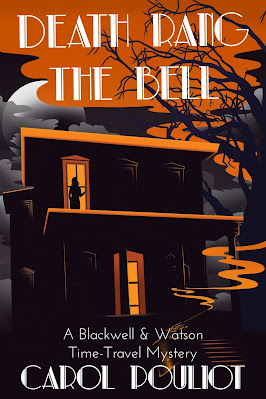